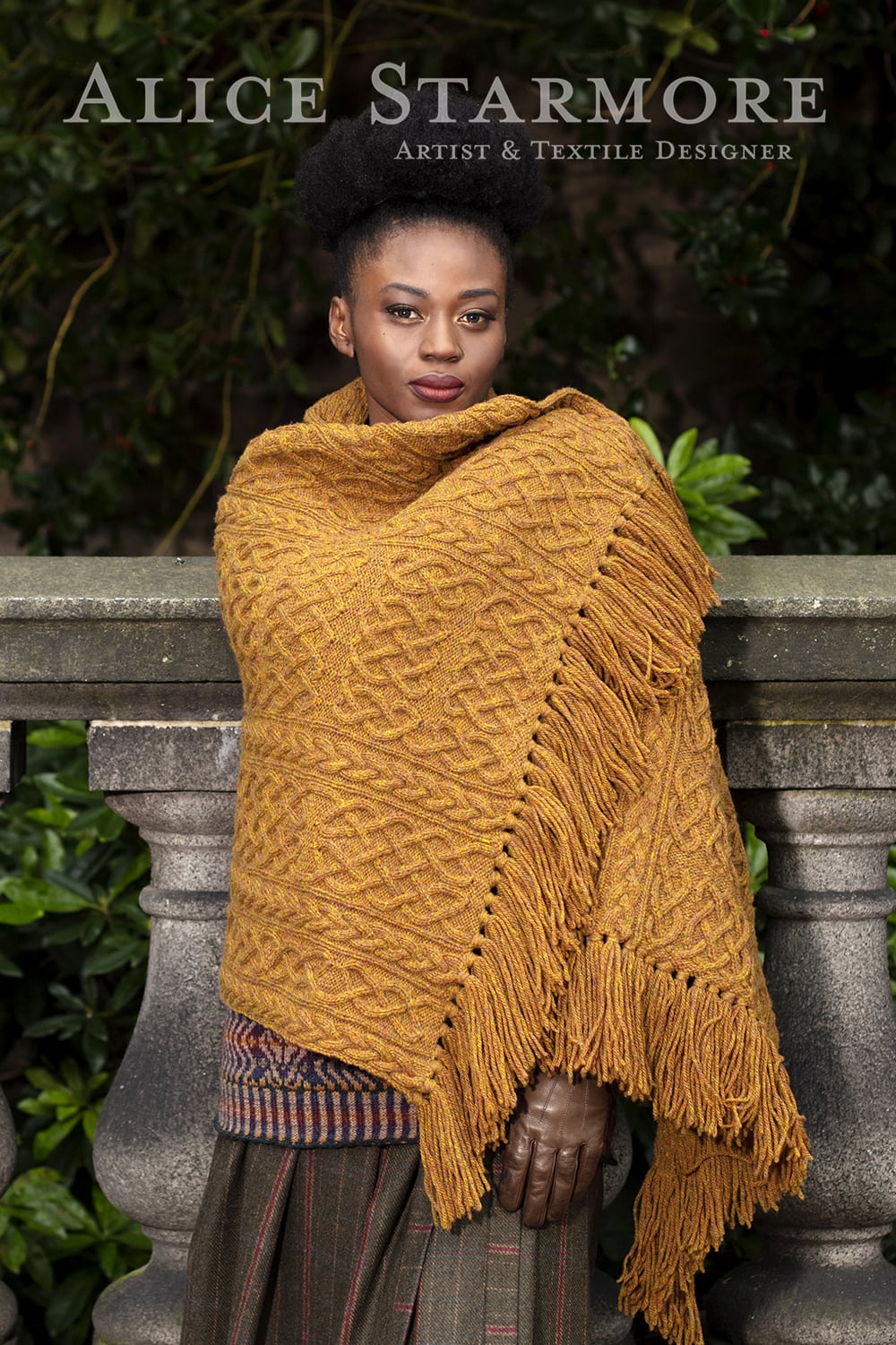 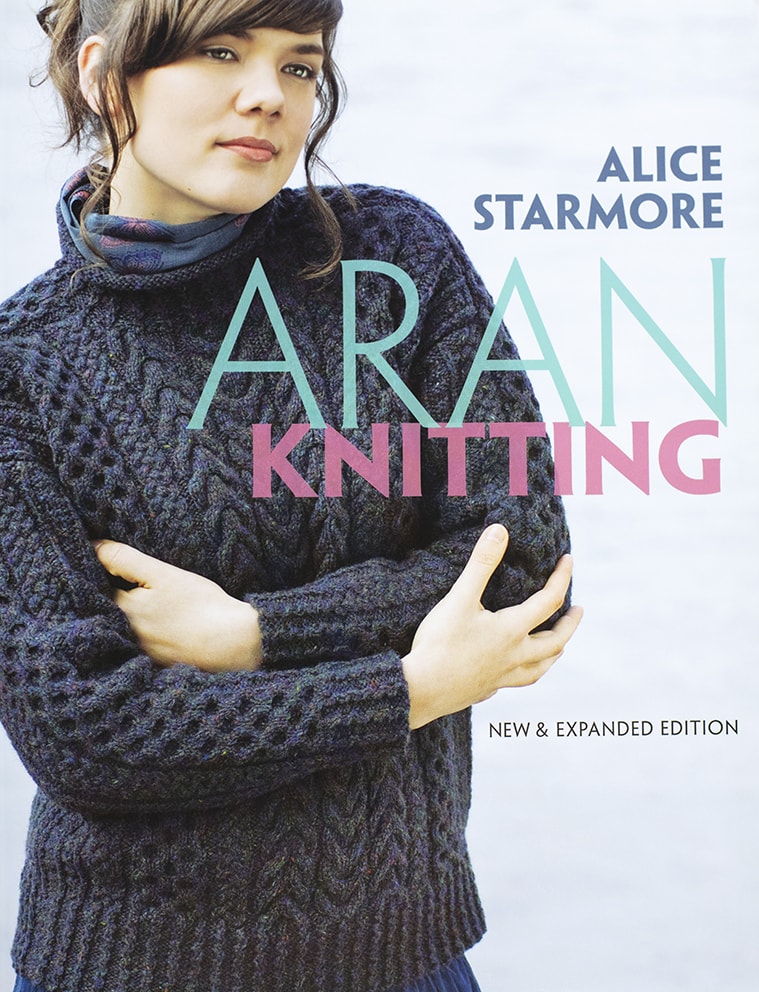 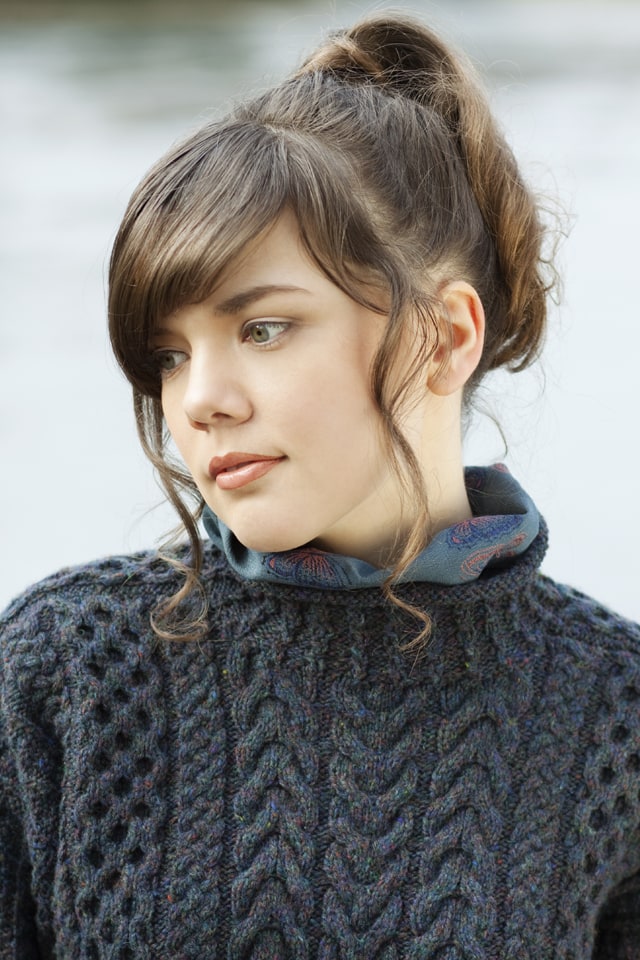 The Windfall Press is a Scottish family business, small in stature but massive in inspiration, consisting of me, my husband Graham and our daughter Jade. Part of its founding philosophy was a line written by Robert Burns: the glorious privilege of being independent. Our Aran Knitting project began in May 1995. The planned book was a major, multi-faceted undertaking – a complete step-by-step “how-to” workshop on knitting cables, including a dramatic new step; a design section that would take Aran knitting in completely new directions, and a history section that would tell a story yet untold. I had recently travelled to Dublin to examine the collection of Aran sweaters in the National Museum of Ireland, and there I saw a story told in stitches that nobody had yet noticed, let-alone written about.

Was it daunting for a family business to take on a huge enterprise normally undertaken by a whole team of designers, editors and production staff? Not at all. We knew our jobs. Graham had seamlessly made the transition from maths teacher to graphic designer and could design books at high speed with great precision and flair. Jade was now aged 17, a rapidly-developing designer in her own right, and a skilled technical artist. As for me, I was by now an accomplished writer and storyteller in the Celtic tradition. I had ten years of solid experience teaching knitters across Europe and the USA, and above all I had my invisible but tyrannical muse who filled my head with ideas and then jabbed me with sharp knitting needles until those ideas became reality.

The Aran Knitting story is another tale in itself, that may well be told here at a future date. For now, suffice it to say that we shipped 20,000 copies of it across the Pacific from Hong Kong to Interweave Press in Colorado, under whose imprint we had arranged to have it marketed. They all sold quickly, but then Interweave decided, for a reason we could not fathom, to drop the book. We received a letter from an executive we had never previously heard of, thanking us for our association with the company and further thanking us for our contribution to the world of herbs. From this baffling missive, we intuited that there had been some personnel changes within the company and that the internal lines of communication had become somewhat tangled. And so it was that our cherished Aran Knitting became a much sought-after out-of-print title and found fame in Bookfinder’s Top Ten, below Madonna and Sir Winston Churchill but above Hunter S. Thompson and Carl Sagan. Yay! Go Aran! 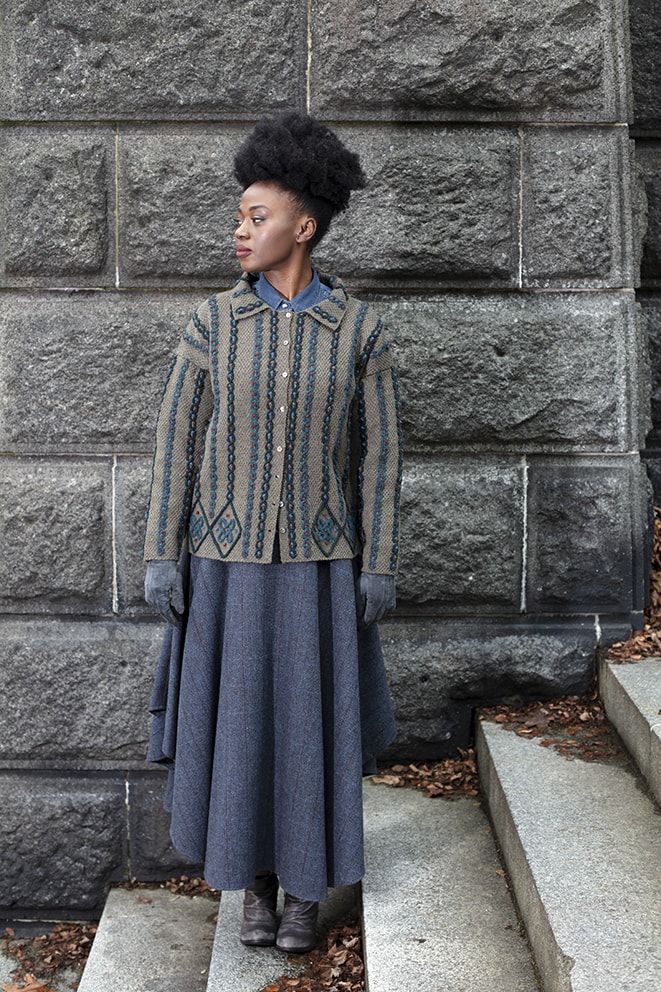 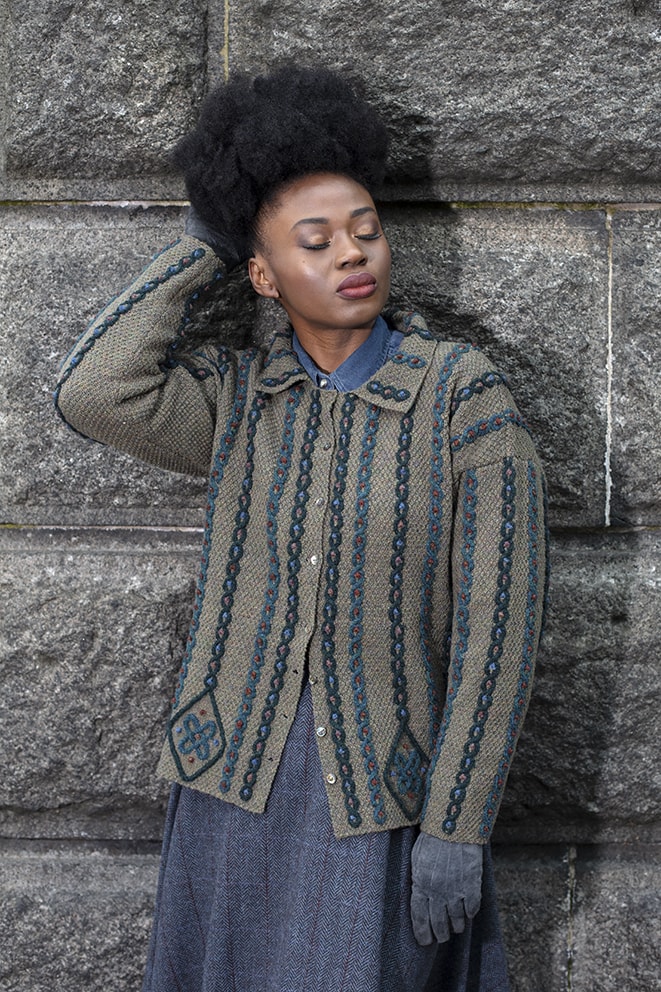 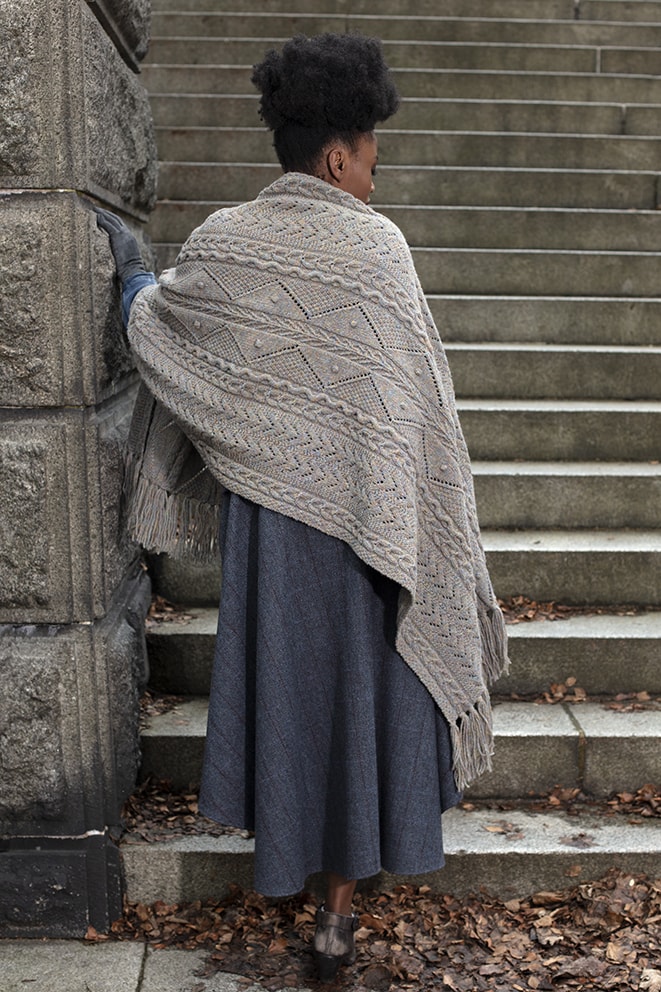 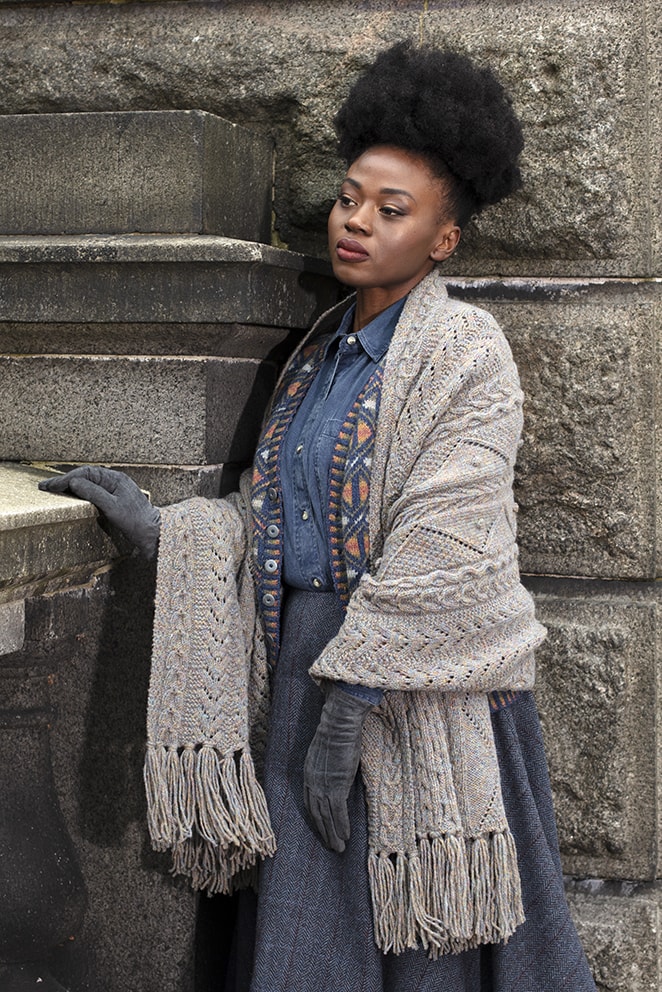 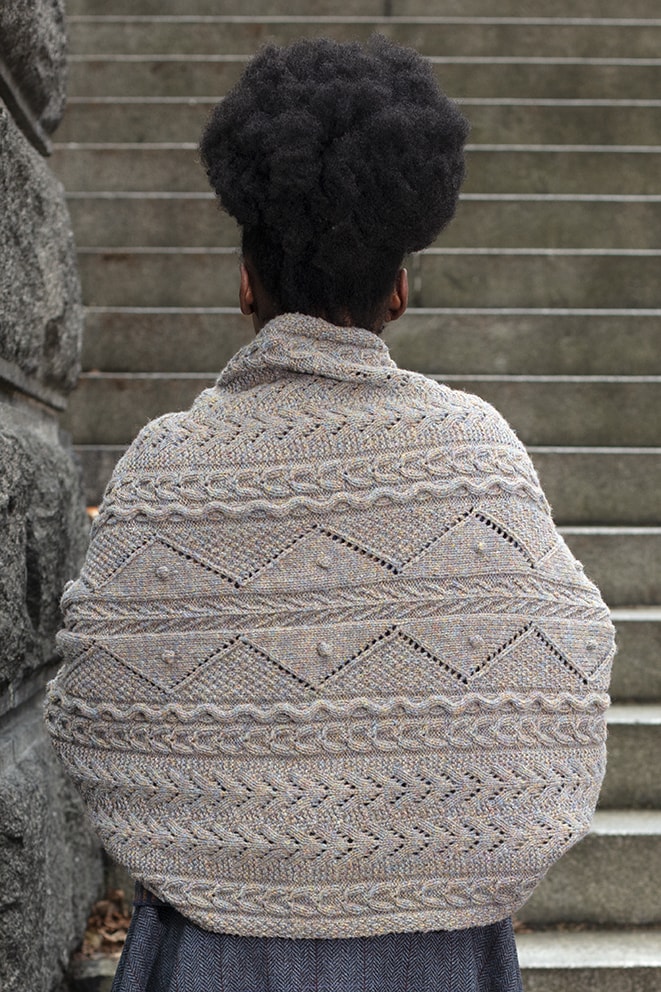 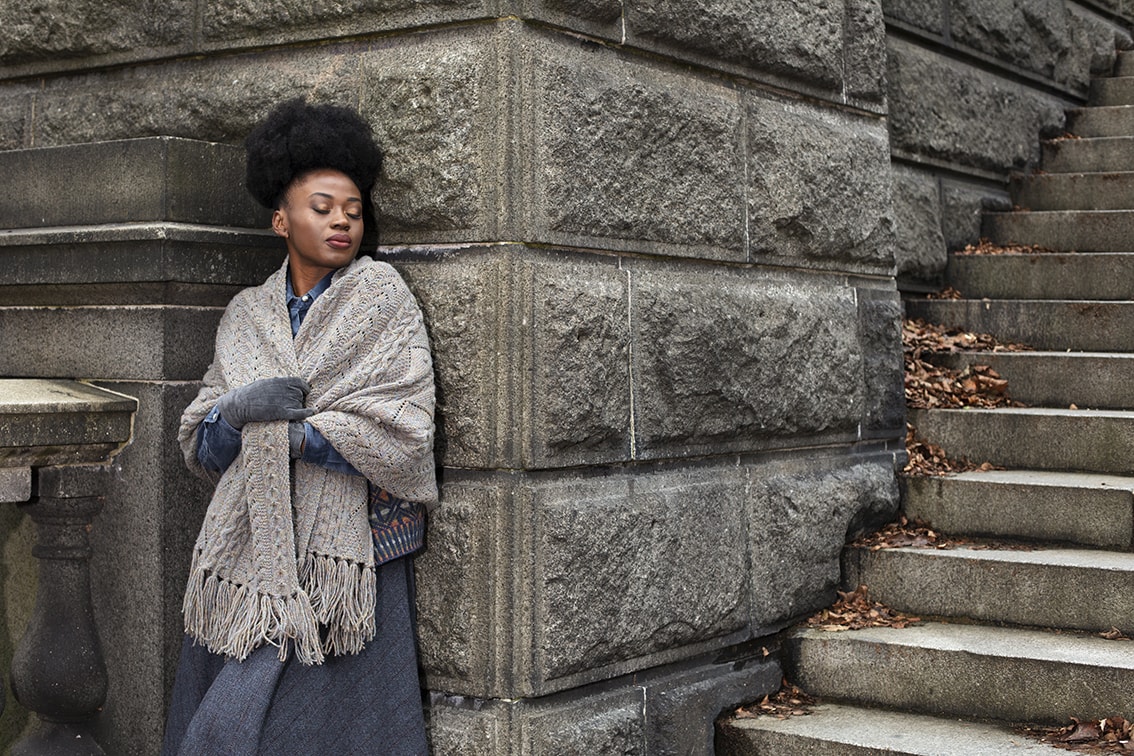 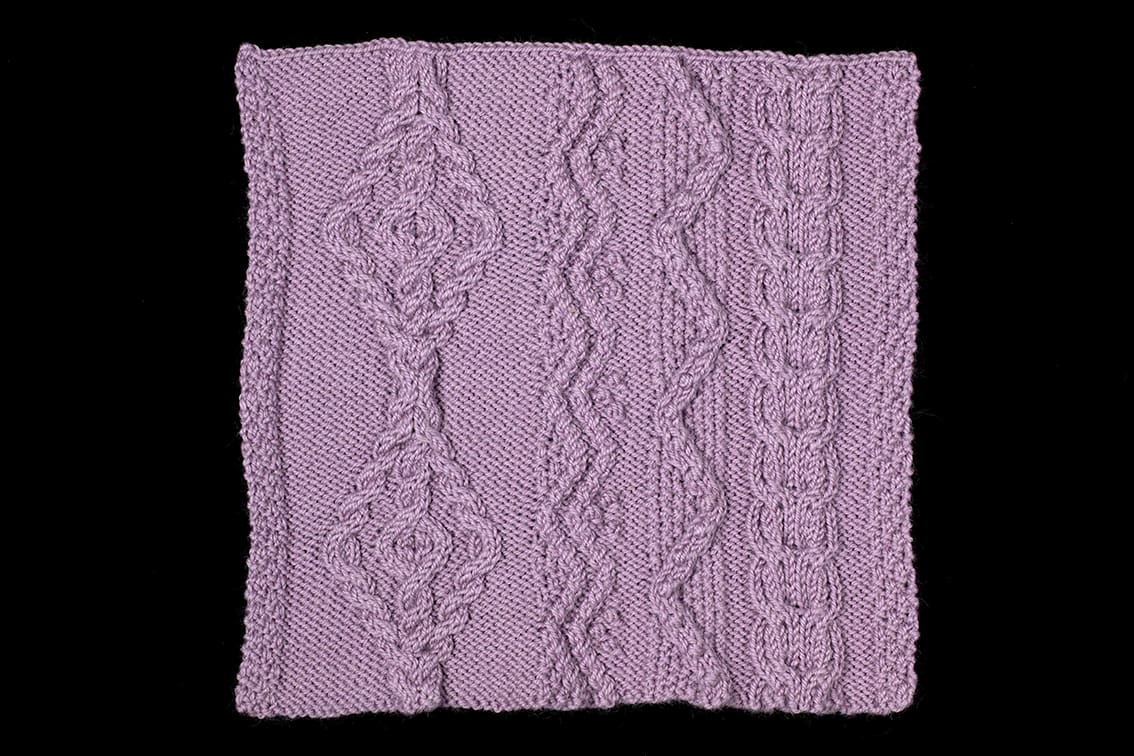 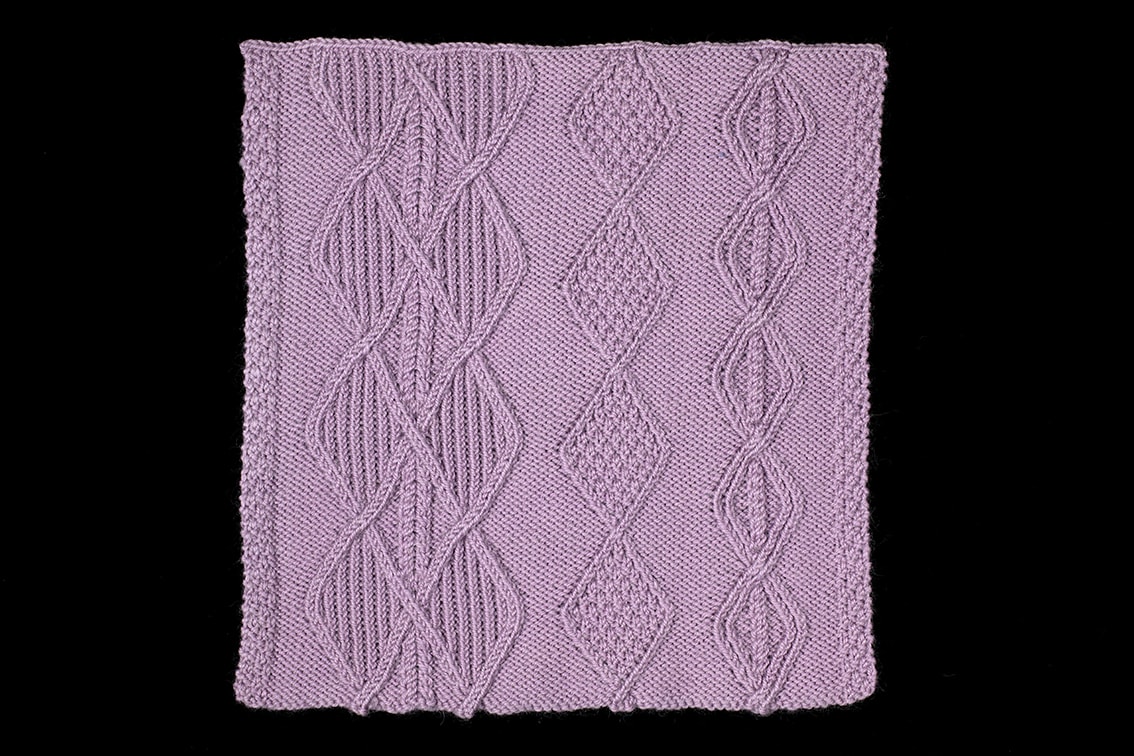 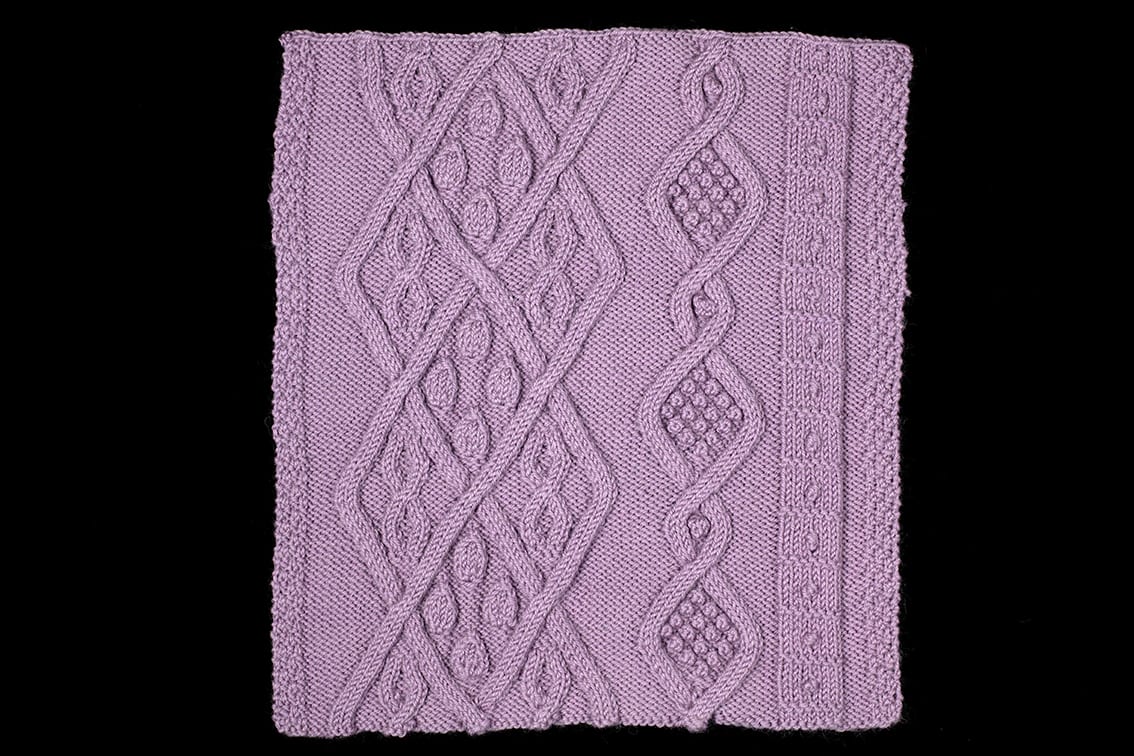 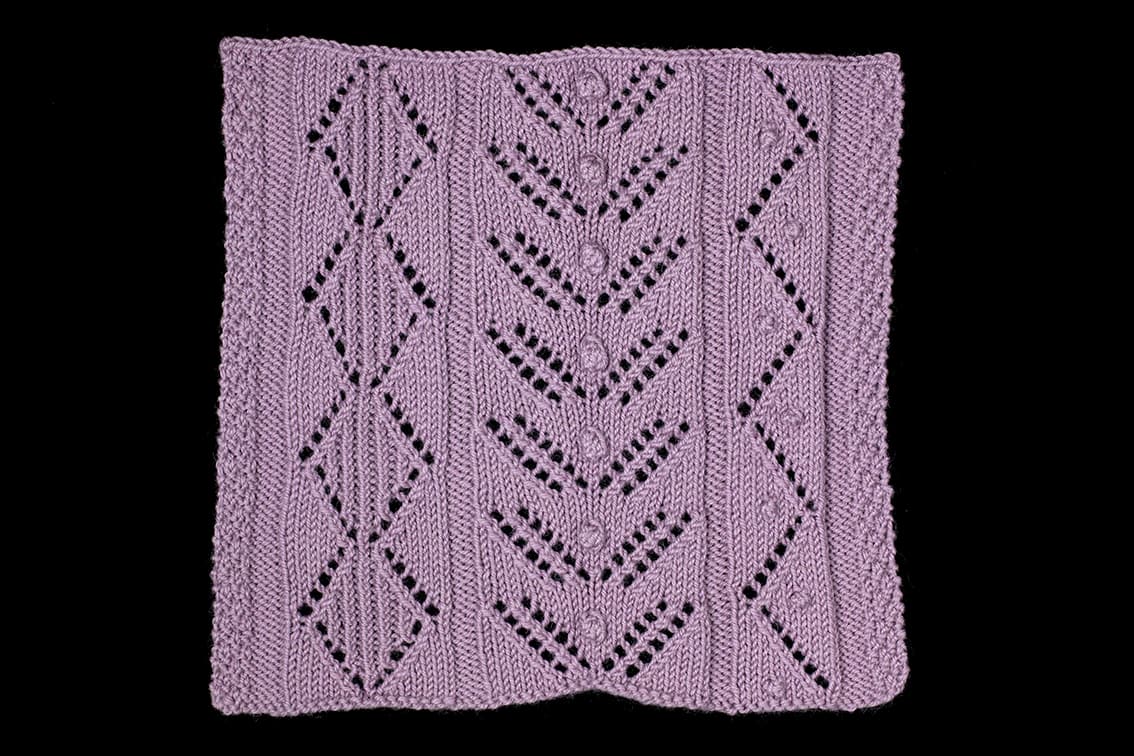 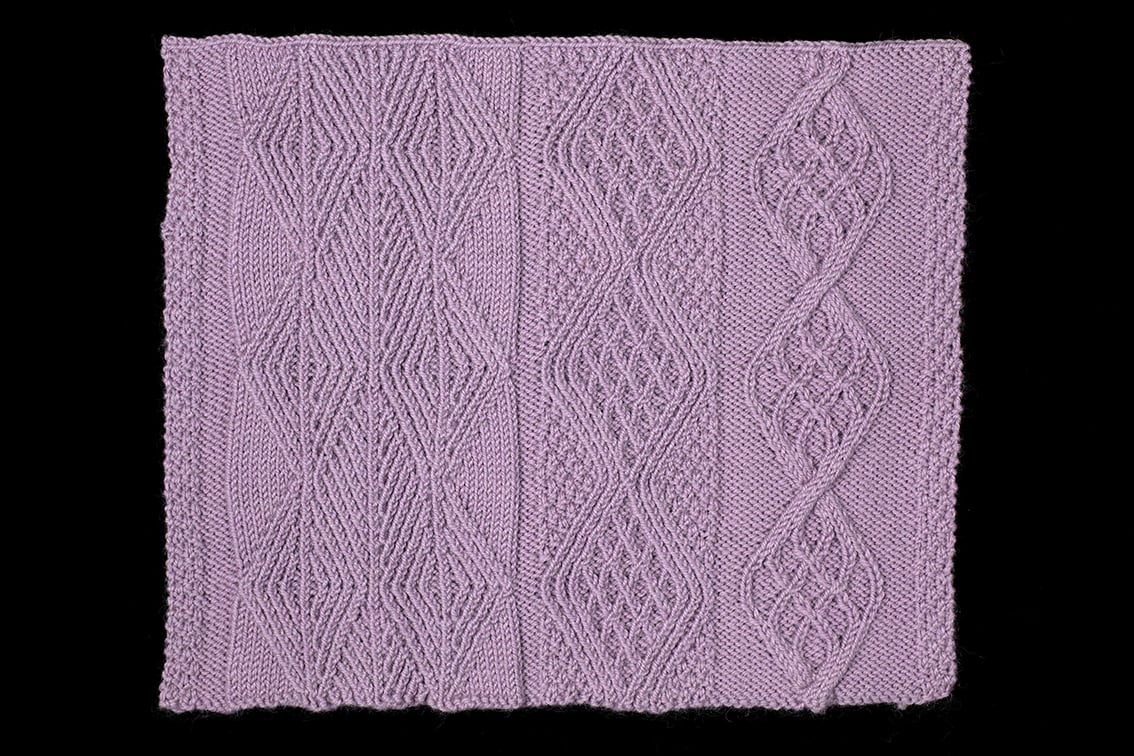 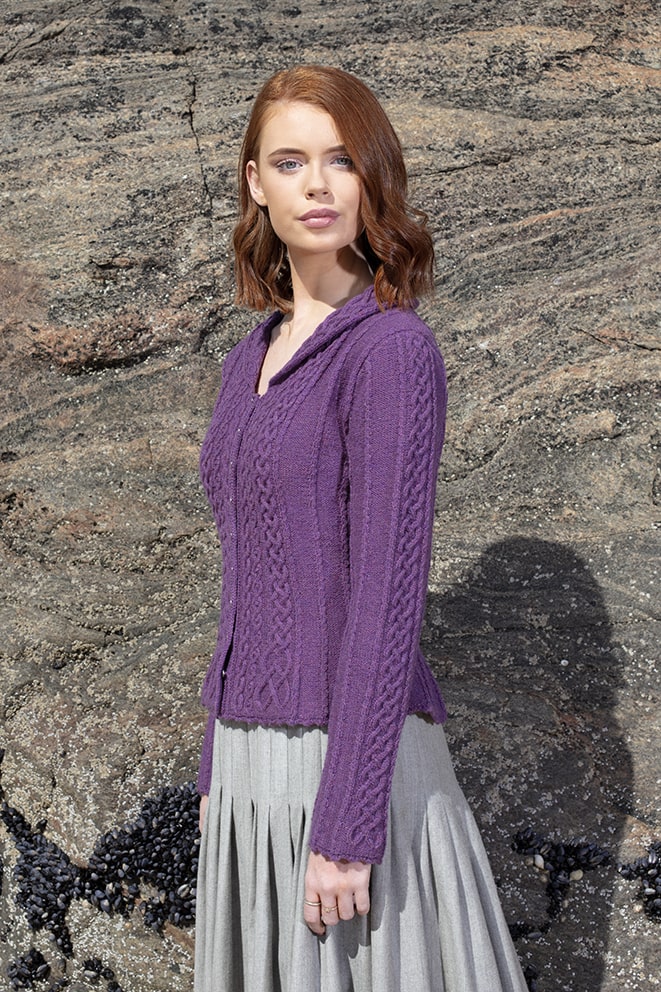 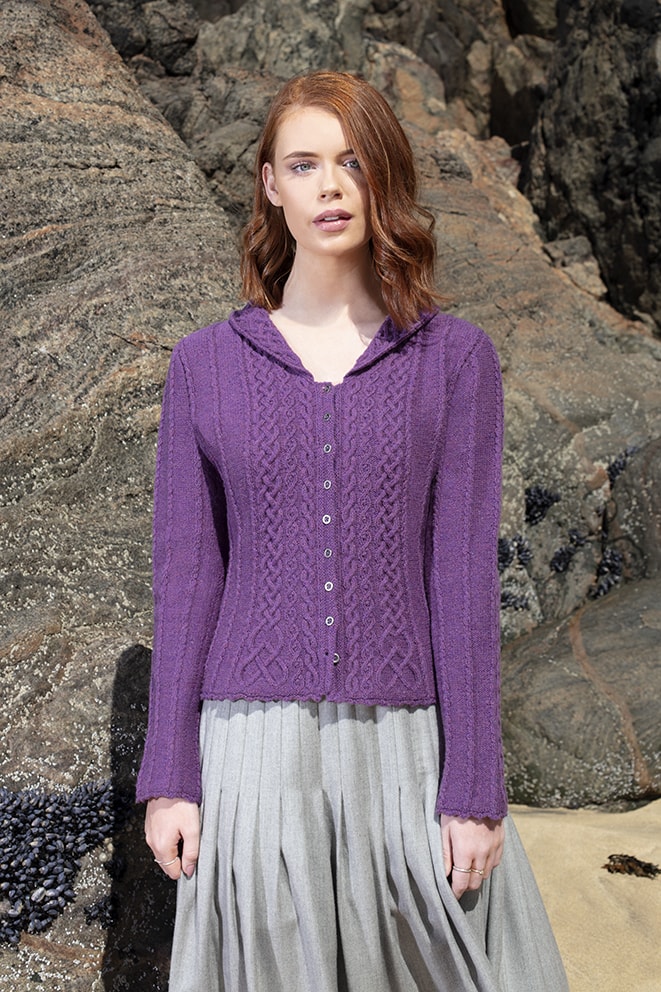 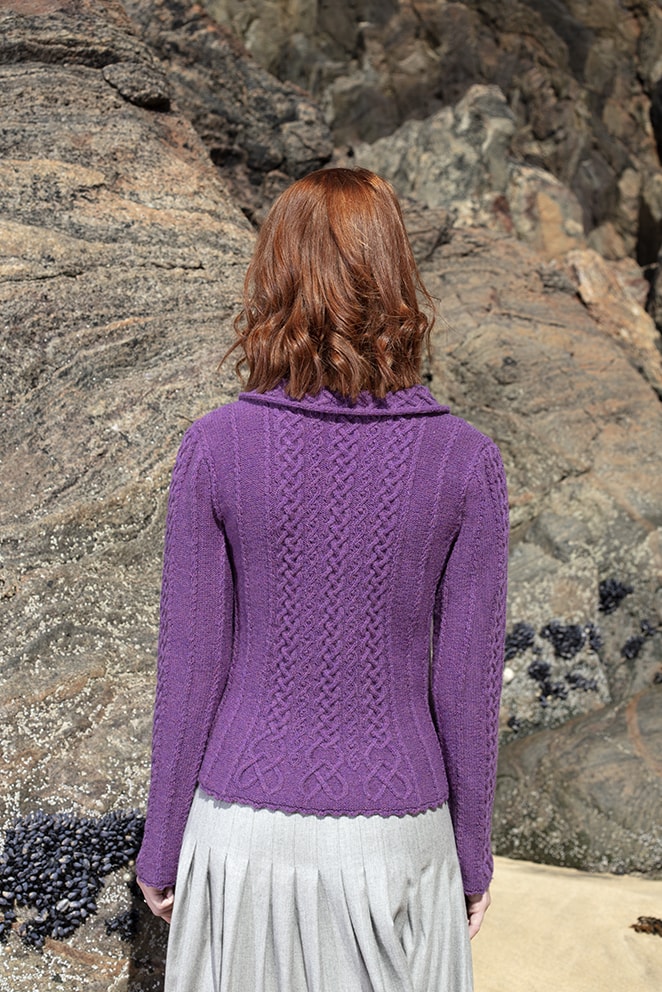 We considered putting Aran Knitting out under our own Windfall imprint but practicality had to rule the day; while we were experts at producing books, we lacked the marketing machinery to sell them en masse and so needed to look for another publisher to provide distribution. Alas, this quest was kicked into the long grass by the Tyrannical Muse, who kept coming up with all manner of projects to divert, distract and fascinate. First there was Pacific Coast Highway to get out of the way, and we had barely finished that when a blisteringly hot concept called Tudor Roses popped up to occupy and obsess us, and fill our every waking hour. Then there was Jade’s A Collector’s Item followed by The Children’s Collection. Then the establishment of an exciting new online venture called Virtual Yarns required the creation of an entire new yarn range and the design of new collections, complete with supporting background narratives. So while I periodically turned my mind to finding a publisher for Aran, something always managed to forcefully elbow it aside. But then one day, the old fax machine started to chunter and out of the blue rolled an expression of interest from Dover Publications of NYC. Negotiations ensued and one of several results was the 2010 edition of Aran Knitting which we updated and supplied to Dover as print-ready files on a 128 gigabyte memory stick sent to the USA in a wee Jiffy bag. Ah, technology! How you’ve changed since the days of carbon paper.

Although we published Aran Knitting over twenty years ago, the designs it contains are timeless, as can be seen from the pictures on this page. The masterclass it contains has taught thousands of knitters throughout the world. Its unique history section clearly and methodically sorts Aran fact from fiction. Aran Knitting has become the standard text on the subject. I am proud to have written it and we at Windfall Press are proud to have produced it. 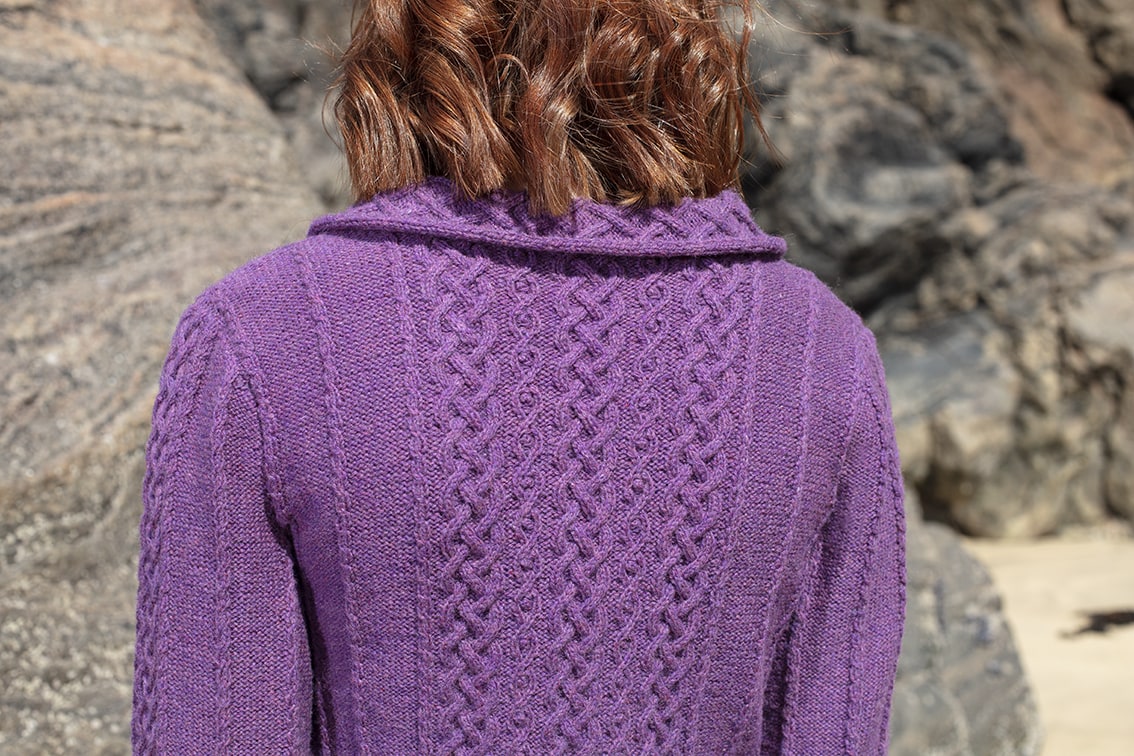 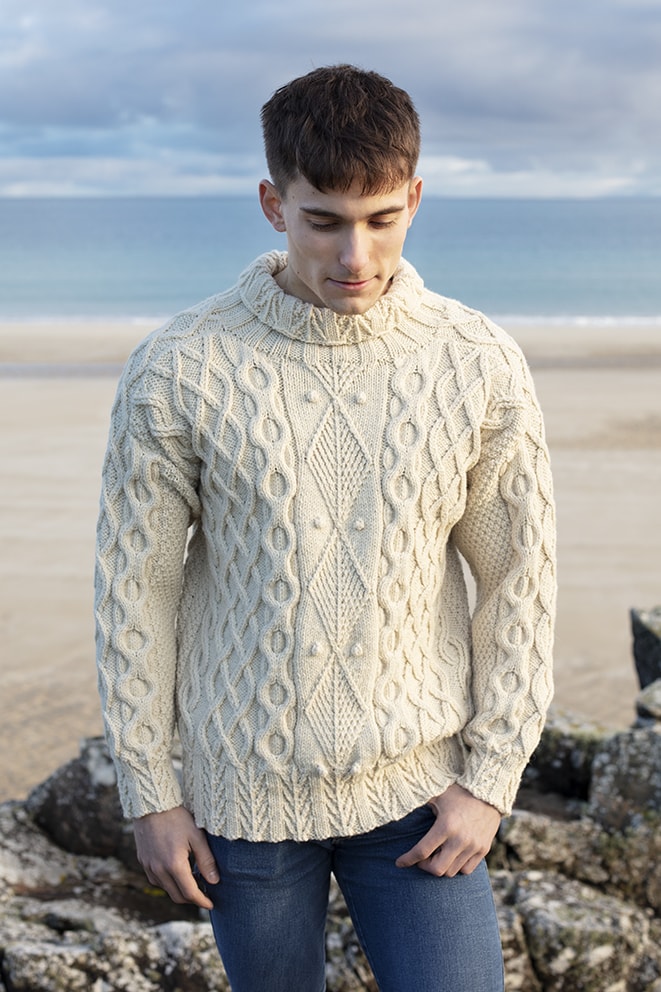 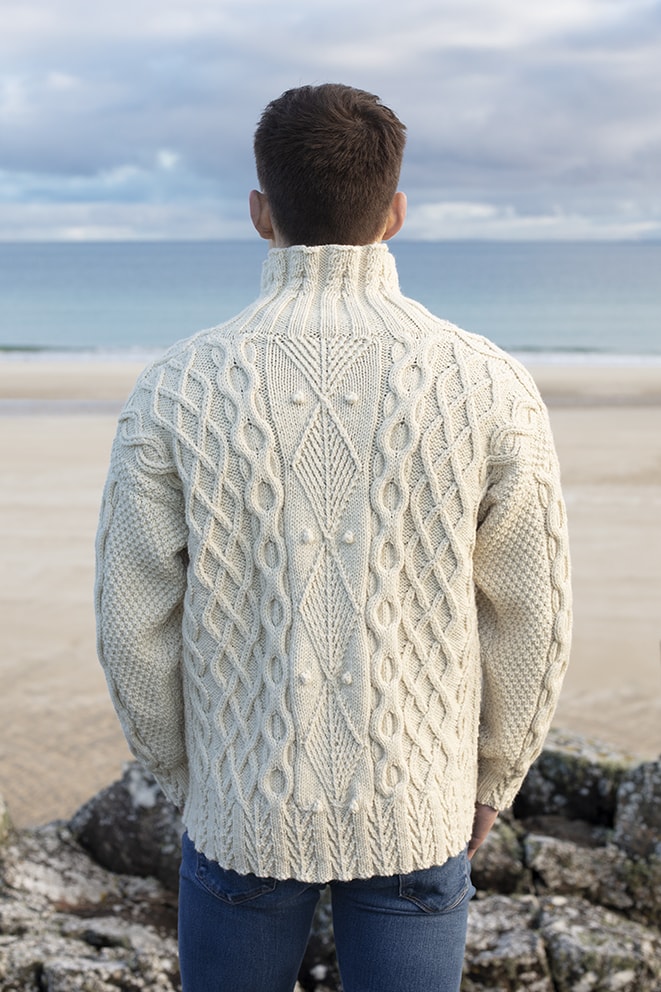 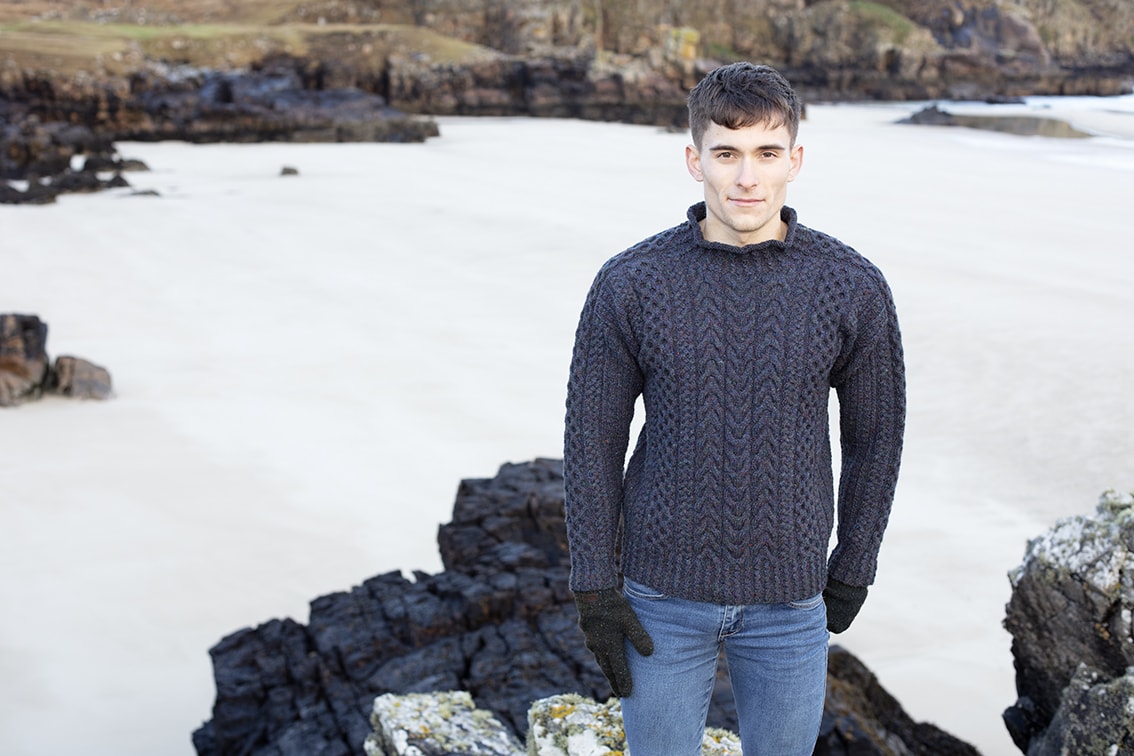 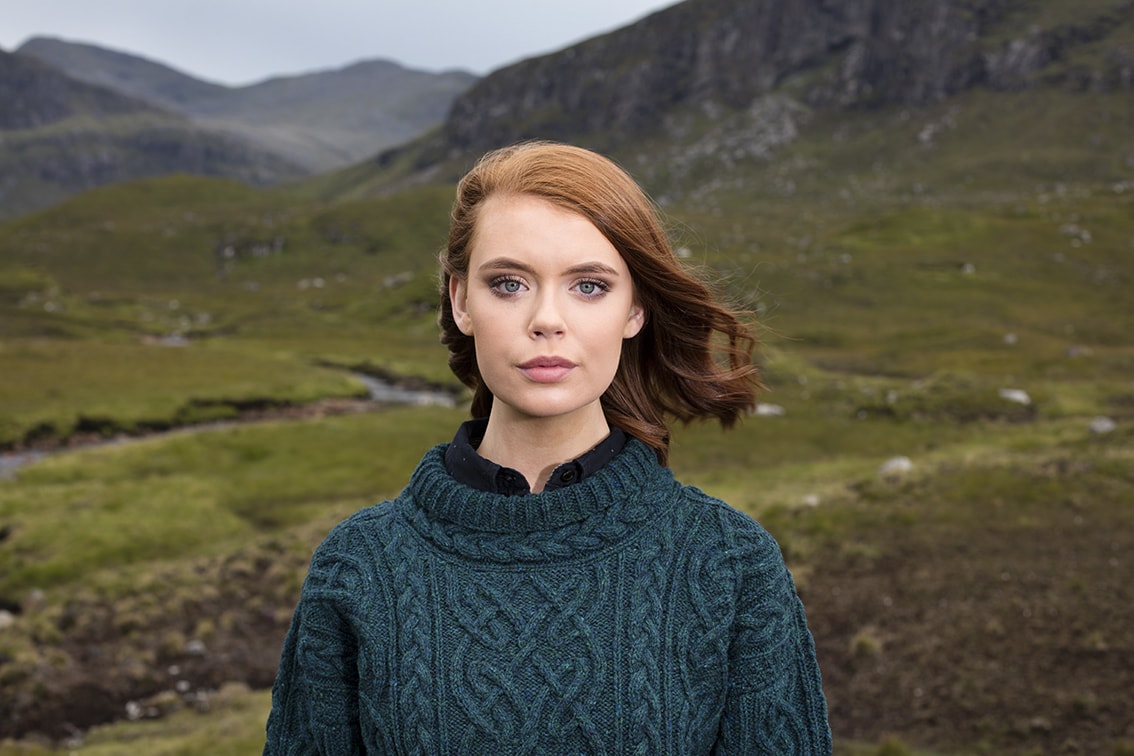 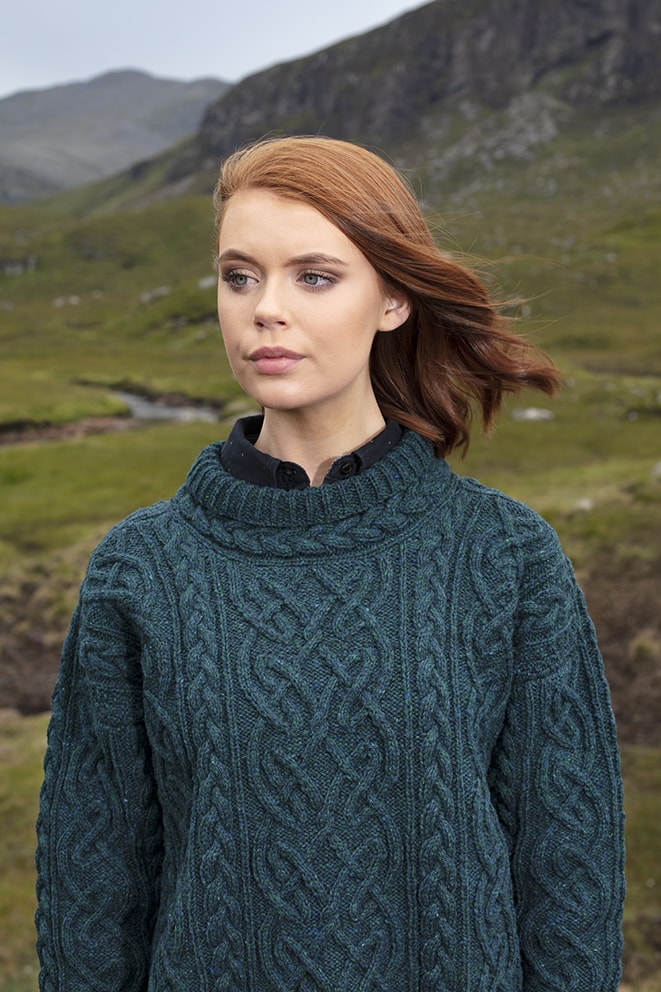