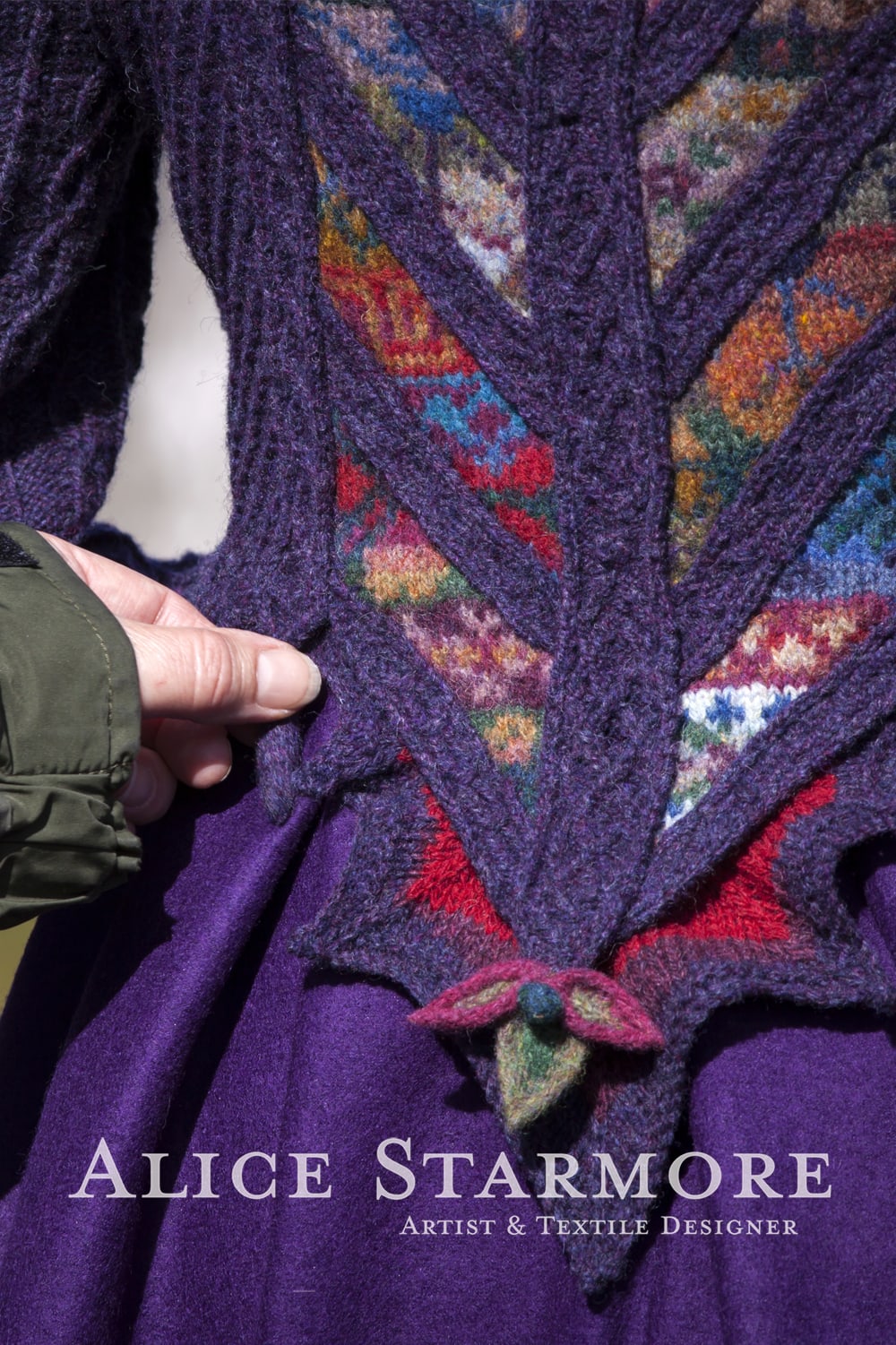 The first question asked by a Hebridean on meeting an unfamiliar fellow islander is co leis thu – literally “who do you belong to”. My answer is Alice, nighean Thomais, Alasdair, Thormoid Bhig, Thormoid, Alasdair. From this, a fellow islander will know that my father was called Thomas, whose father was Alexander, whose father was Wee Norman, whose father was Norman, whose father was Alexander. In a place where family relationships have been of great importance for centuries, being able to reel off your patronymic to five generations back means that you are instantly placed in the known scheme of humanity. Usually this is followed by an entertaining discourse to work out the great puzzle of relatives twenty times removed, back into the mists of time.

I was born in 1952 in the harbour town of Stornoway, in a fisherman’s cottage an actual stone’s throw from the sea, and I grew up there enjoying small town life in my school days and wild nature on the Lewis moorland every summer. Gaelic was my first language, which we always spoke at home, and I learned English without remembering how by the time I went to school.

I consider myself to be very fortunate to have been born and brought up at a time when ancient traditions were still in evidence. I grew up knowing many people who were born in the 19th Century – my maternal grandparents were born in 1875 and I was in my twenties when they died. Their generation was rich in traditional knowledge and lore and I greatly value all that I learned from them. At the same time, all the modern improvements and conveniences of post-war Britain were part of my daily life. I listened to the radio, bought albums by Bob Dylan and the Stones and was a dedicated follower of fashion; copies of Vogue took no more than a day or two longer to hit the newsstands of Stornoway than those of London.

I grew up with two languages and two distinct windows on the world, both of which have influenced my life and my work. Multitasking has a long tradition in the Hebrides, particularly for women, and so I am as at home giving a lecture on knitting design in San Francisco as I am rearing my pedigree Highland cattle on my croft in Lewis. 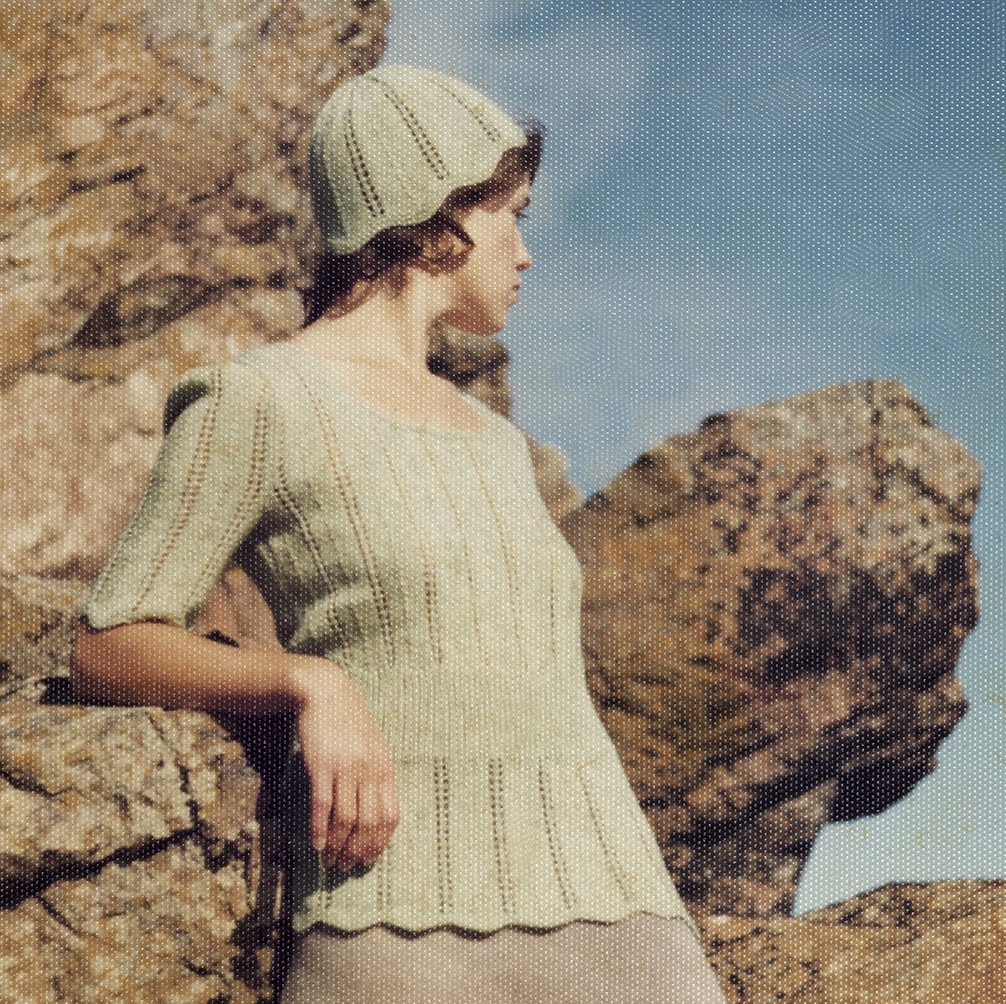 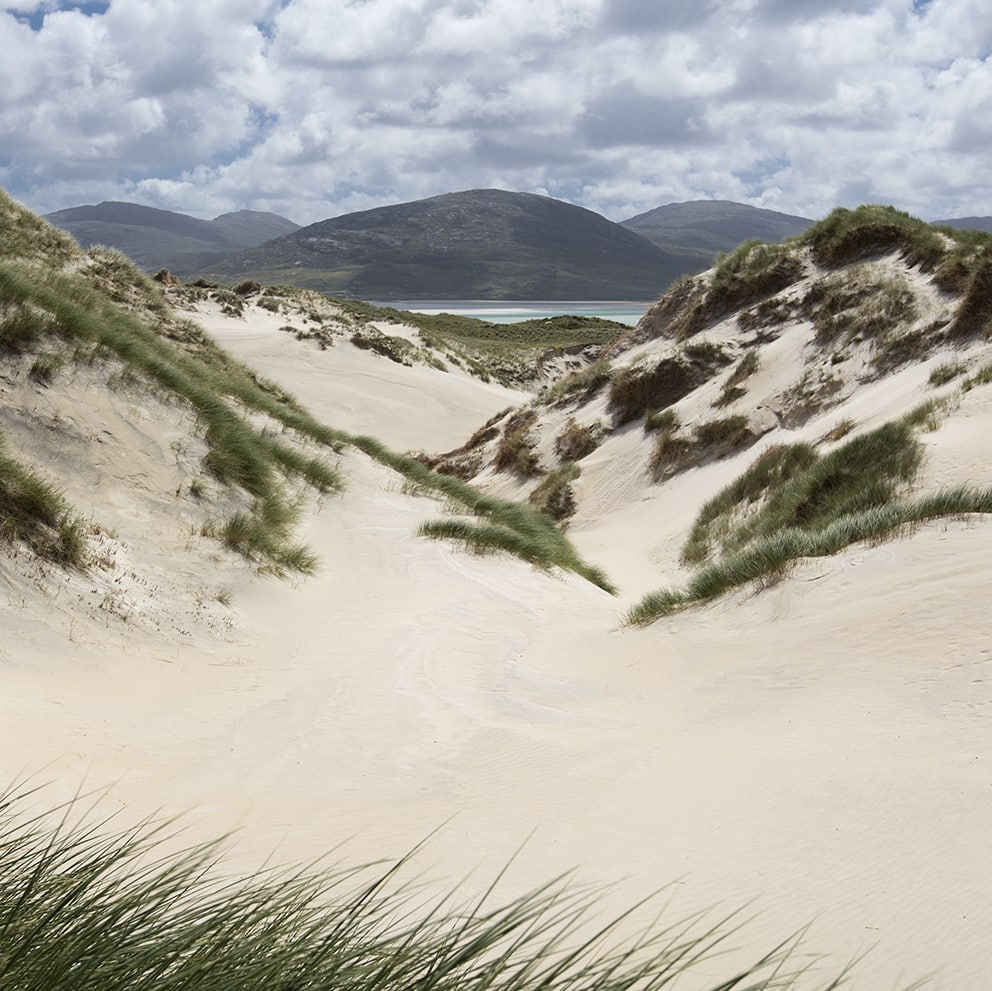 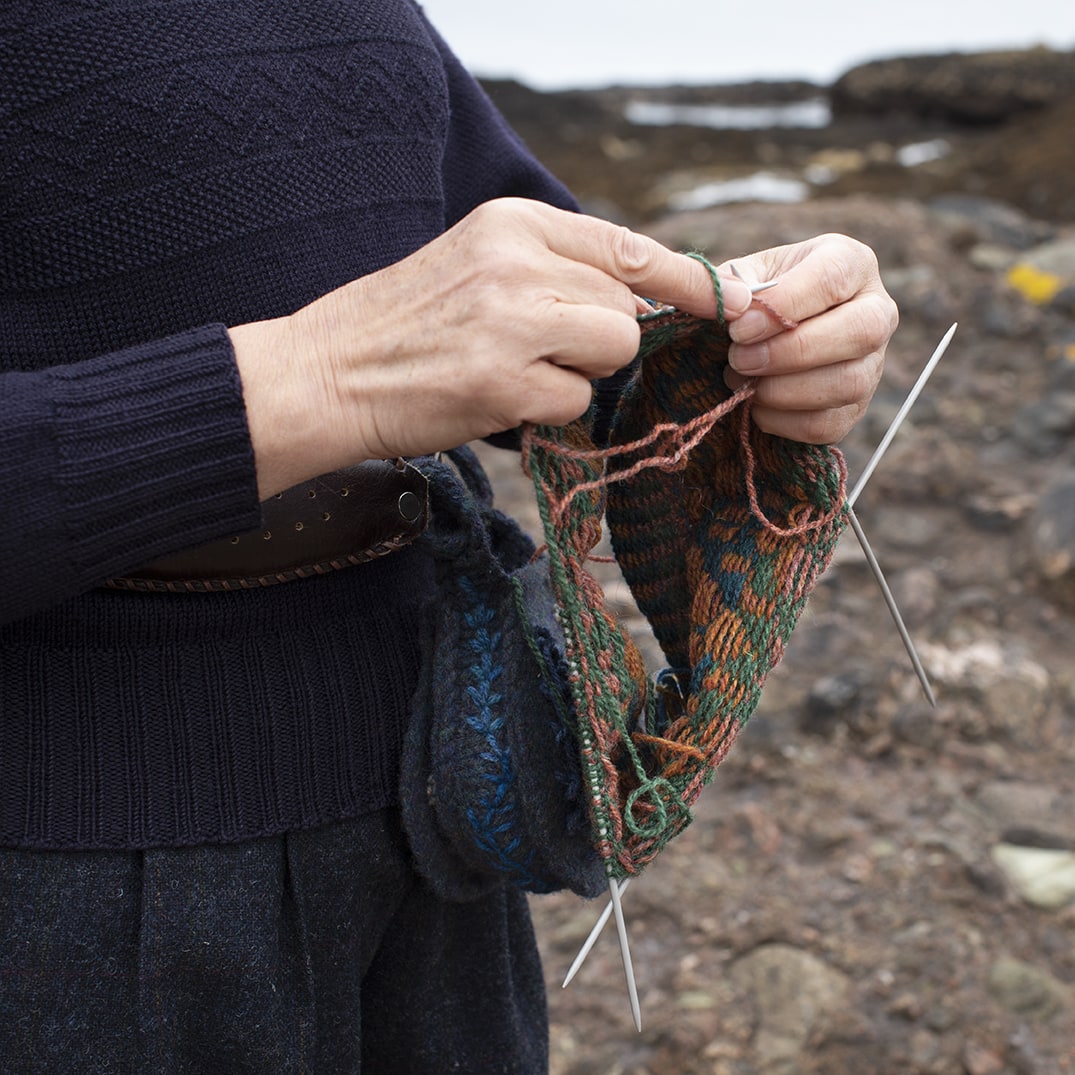 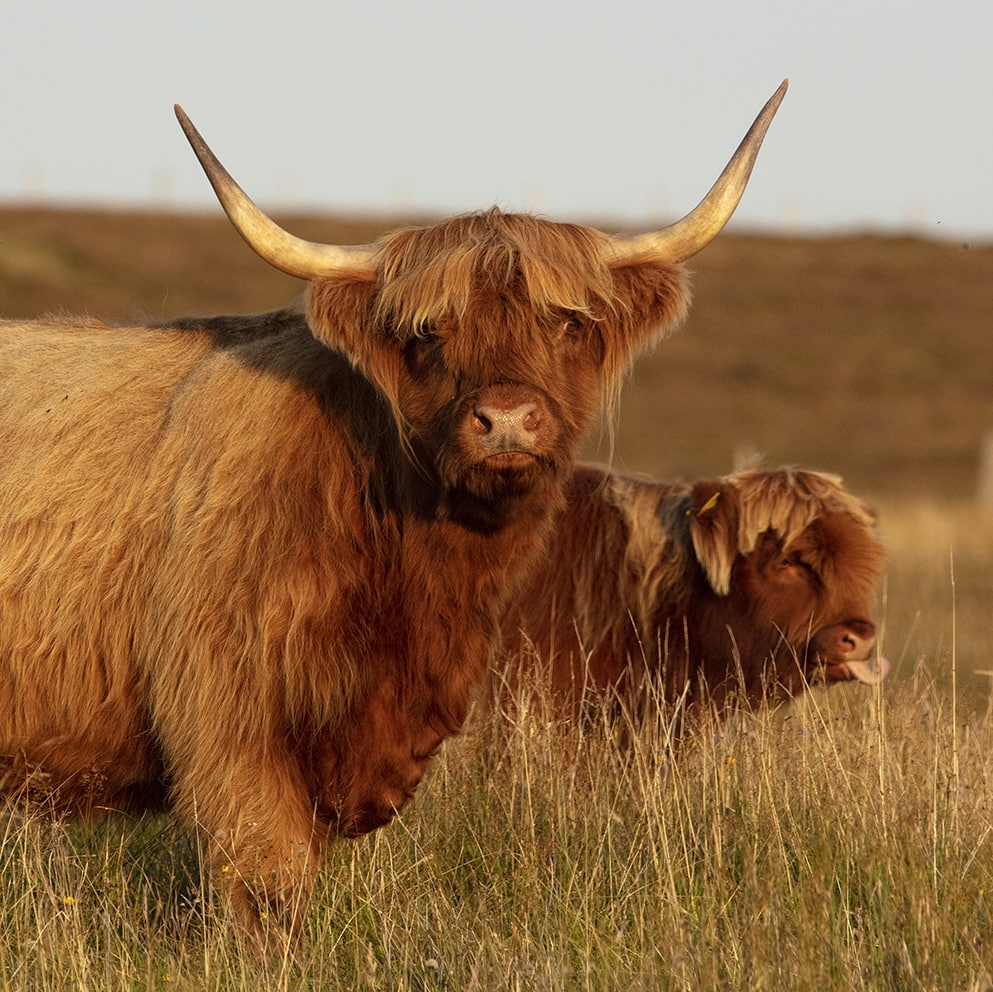 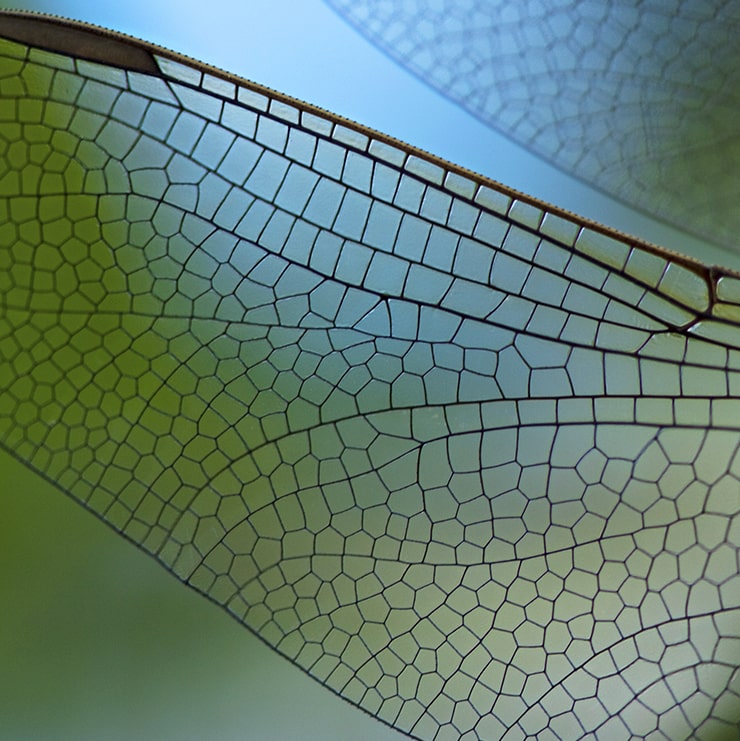 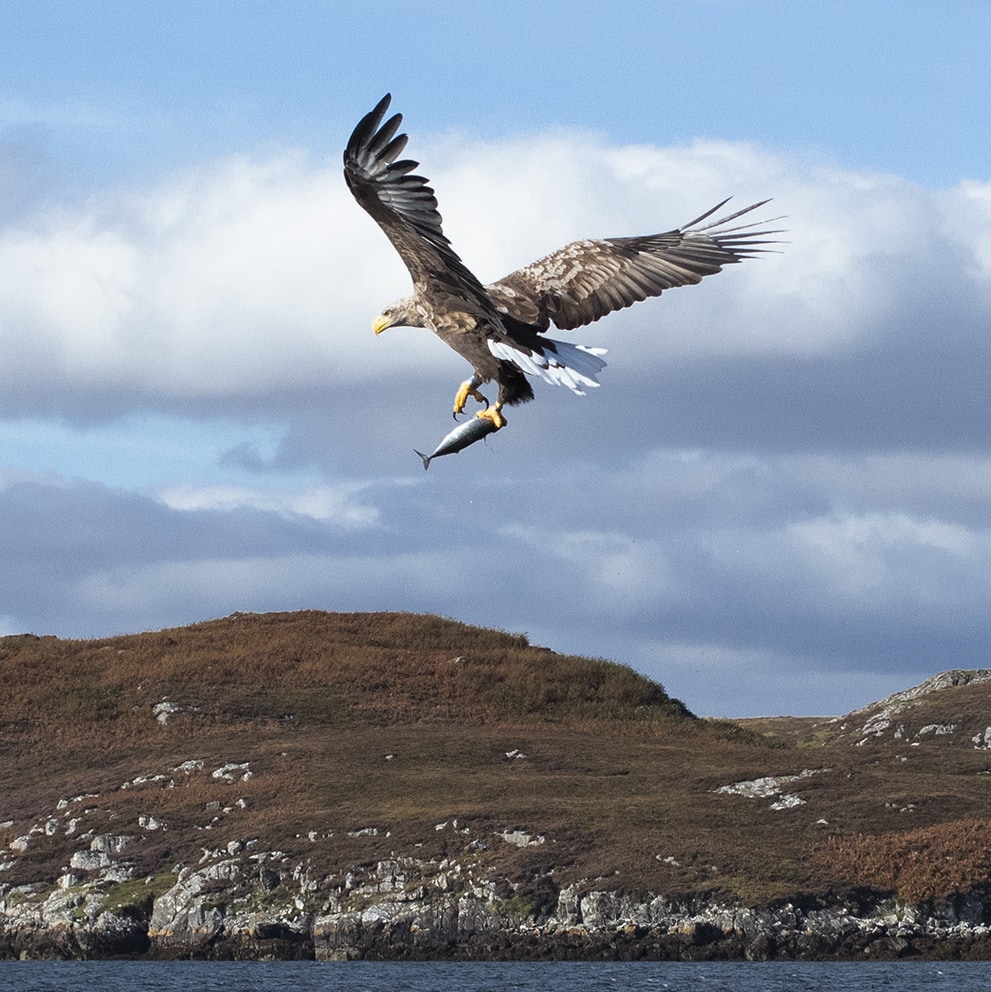 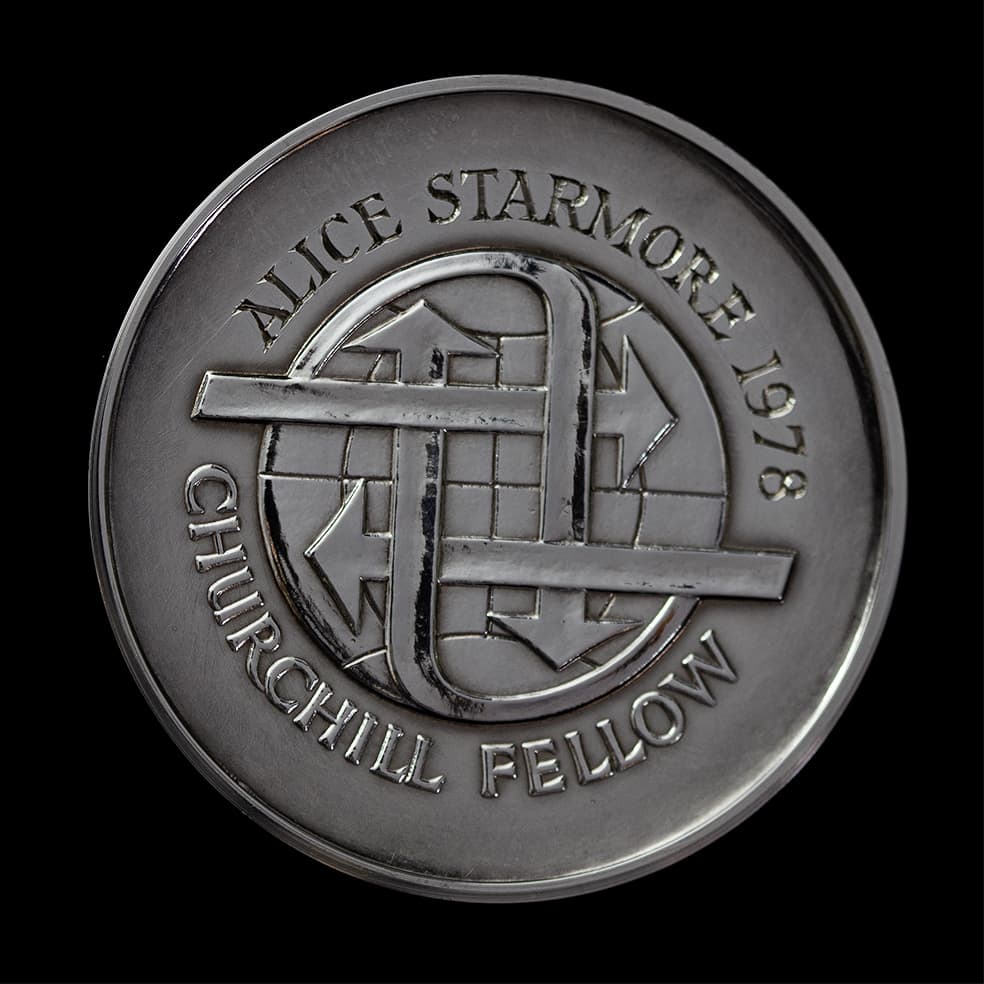 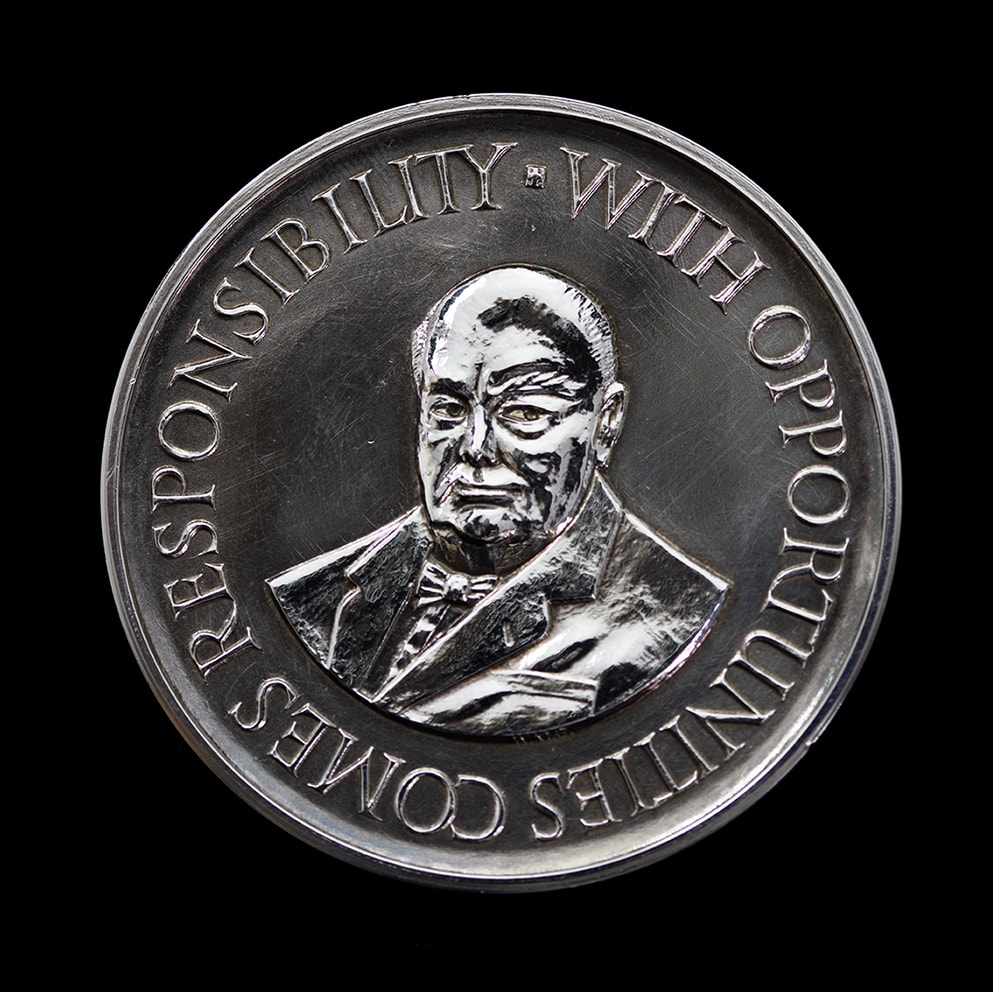 I was awarded a Winston Churchill Travelling Fellowship in 1978 which enabled me to travel to Norway, Sweden and Finland to study the textile traditions of those countries. This spurred on my writing career and my first book, Scandanavian Knitwear was inspired by the traditional knitwear I was allowed to examine in museums throughout Scandanavia. Shown below is a detail of one of my designs for the book Scandanavian Knitwear, you can see more in the Early Books section of this website. 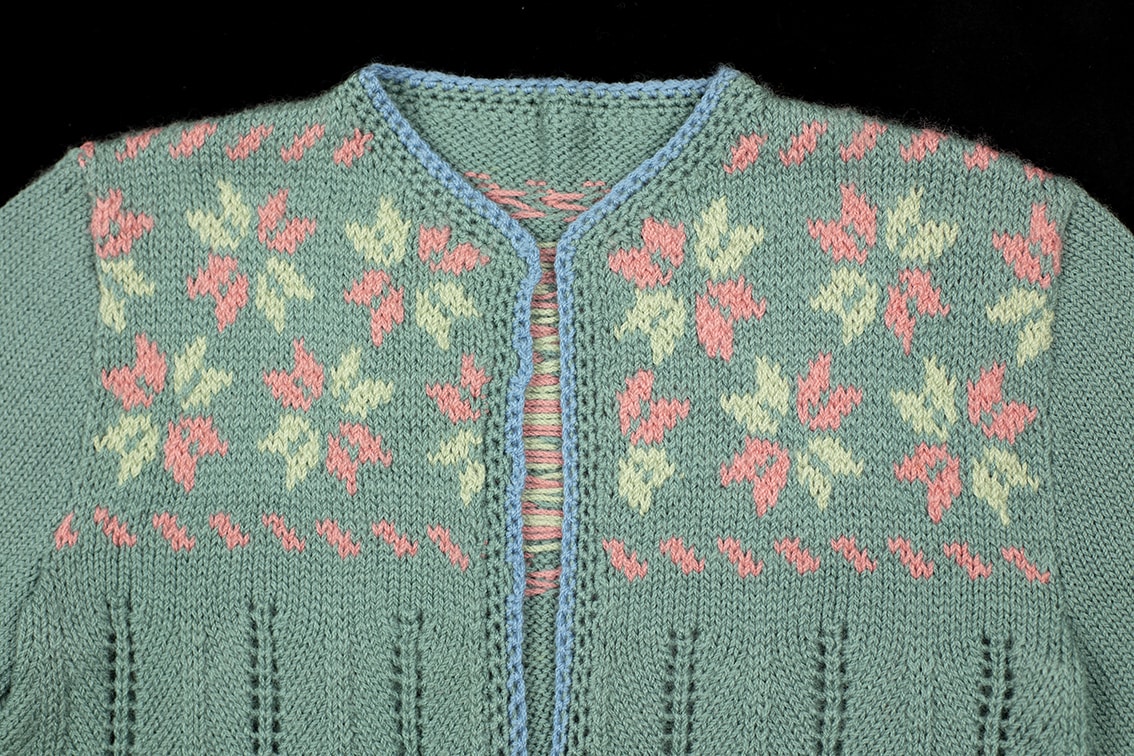